Yup you read the title right – this is a recipe for a cake made with chickpeas! 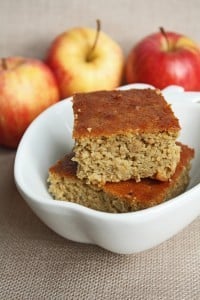 Not garbanzo bean flour either but actual garbanzo beans. Cool right? I thought so too and that’s why even though it’s been weeks since I posted (sorry about that) and I have a ton of photos and recipes that are in the queue I bumped this cake up to the front of the line.

I made it last night after coming across the recipe in a Latin American cookbook a couple of weeks ago and being highly intrigued. There are only a few ingredients and it was very easy to make so I thought why not give it a try. An added bonus is that it contained no flour so is naturally gluten free. Interestingly there is no added fat either but this is one of the moistest (is that a word?) cakes I have ever made and you don’t taste the chickpeas at all. 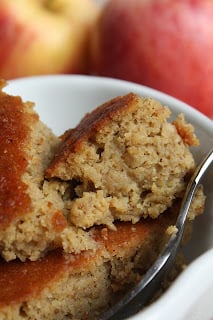 The original recipe called for the grated rind and juice of an orange which I didn’t have. So in honor of the fall season I replaced the orange with one grated apple and a teaspoon of lemon zest as well as adding 1/2 teaspoon of cloves to the 2 tsp of cinnamon already called for. The original recipe also calls for sprinkling cinnamon sugar over the top of the cake but it was so sweet and cinnamony (definitely NOT a word!) already that I think it might be too much. I tried to think of what else to frost this with or add as a complement for the photos but it was so delicious on it’s own I really don’t think it needs anything! Maybe a crunchy topping or a little vanilla ice cream but I can’t say enough that it’s ridiculously good with no adornment!