Spicy and fragrant, these Jamaican Meat Pies or “Patties” are the perfect handful of delicious lunch or dinner on the go! 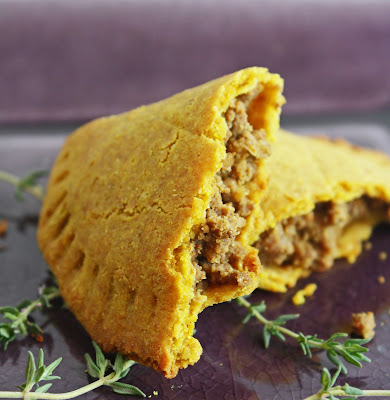 Before we get to the Jamaican Meat Pies recipe, I’m excited and honored to report that Kim Bee over at Cravings of a Lunatic is featuring an interview with me for her “Burning Down the Kitchen” segment today. We all know I love me some Lunatic, so when she asked me to do BDTK I was totally floored and stammered out a Y-Y-Y-Y-Yes, Please!!!!!
If you aren’t already following her, then head on over there STAT because she is amazing! One of my favorite bloggers, Kim keeps it real, makes delicious food, and is so funny that she makes me laugh out loud pretty much on a daily basis. Plus she has a horse and I’m totally jealous!
So click over and find out what makes me tick, and check out her decidedly NOT low carb version of my coconut frenzy cake. While you’re there, do yourself a favor and subscribe to her blog and facebook page – unless you hate laughing, in which case DO NOT under any circumstances click here.
I really love Jamaican meat pies –  the burn your mouth off, super hot kind! I’ve never been to Jamaica (at least not yet!), but a friend of mine said the brand I used to buy was the closest to the real thing that she’d ever had in the states. They are flaky on the outside, silky on the inside – and have that smoky, fruity flavor of the scotch bonnet peppers traditionally used to season them.
It’s been a long time since I’ve had a real Jamaican meat patty – I can’t find the brand I like here in SC, and even if I could, they don’t fit into my low carb, gluten free way of eating now. 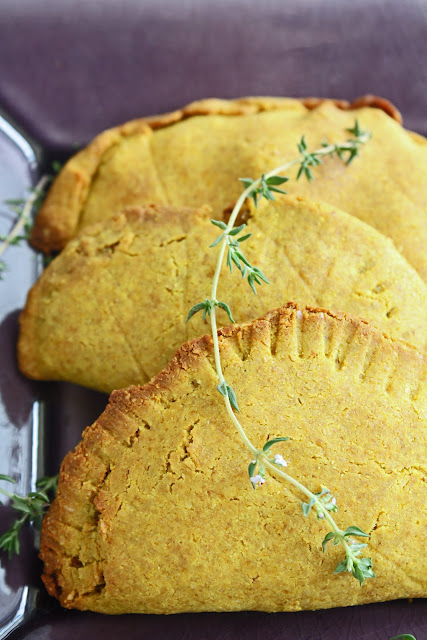 So I finally attempted to create a version that I can eat. The first attempt was ok, but the beef I used was too lean and so the pieces were chunky and the texture was off. My next batch used a mix of ground pork and 85% lean beef and that was much better. I had to use store bought habaneros, which was unfortunate because they lacked the fruitiness of the traditional scotch bonnets.
Also, even after adding two of them, the heat was less than I would have liked. Next time, I’m holding out for the scotch bonnets, even if I have to grow my own! The crust came out really good though and overall, while it wasn’t an exact replica of my favorite, it definitely was close enough to make my taste buds really happy! 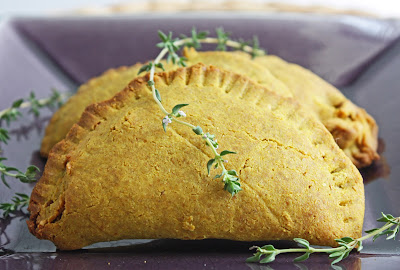 These low carb Jamaican meat pies or “patties” are spicy and comforting and so, so delicious!!!!  Keto and gluten free.