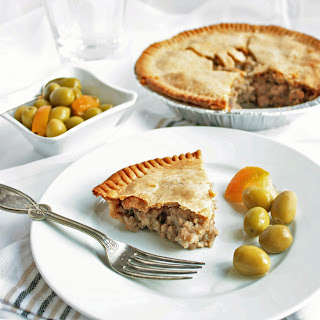 Every family has its traditions.  In my family a closely held tradition is making Tourtieres every year in the fall.  As far back as I can remember, my grandmother (on my mom’s side), who is French Canadian, would make them and we’d eat them only on special occasions.  There were a lot of us grandkids and we’d always get just one piece each which guaranteed that you were left wishing for more.

About 10 years ago when I left my salaried corporate job to pursue landscaping, my schedule became much more flexible.  So I started joining my grandmother in making the pies every year and she taught me how.  Now I can make them myself but I never have–I still look forward to joining my grandma every year for as long as we can to make them together.  It’s become a family affair now that my Aunt moved back to CT from Hawaii, and my uncle Tom Perron, Chef de Cuisine at Mombo in Portsmouth, NH comes down to join us when he 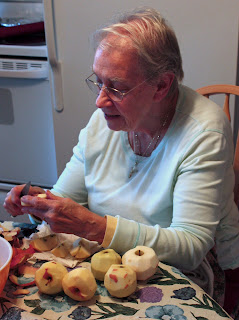 can.  My brother Matt also helps out when he’s around.

Fortunately, even though we moved to SC in 2009, I was in CT for a few months this fall and we were able to make some pork pies before I left.  My father-in-law Maurice was excited because he loves them too and grew up eating them in Canada.

Here’s an interesting history tidbit on the Tourtiere–at least as made by my French Canadian relatives.  Because money was tight in the depression era especially, families would stretch out the expensive pork with fillers.  Two commonly used were potatoes OR saltine crackers.  Which is better is a hotly debated topic among families that ranks up there with Ford vs. Chevy or Yankees vs. Redsox!  My grandmother uses potatoes and swears that’s the best. Since that’s what I grew up on, I’m sticking with it!  My father in law grew up on saltines but he likes my grandmother’s version too–the woman can make a pie, I’ll tell ya!  (this is a picture of her making apple pies with the leftover pie dough)

Since I started making them with her, the method has changed a bit but the recipe always stays the same.  My grandmother likes to give them as gifts, and all of our local family members get one pie.  Then we keep a bunch in the freezer for company or special occasions.  It’s not uncommon for us to make over 30 pies at one time!  This year we kept it small and only made 17.

Since Tom has been a professional chef for a long time, he had some great techniques to speed up the process.  One of them was to lay out the meat 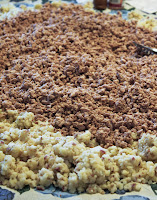 and potatoes (cooked separately)  onto a (VERY CLEAN) vinyl tablecloth and then we could add the already combined herbs and spices to it and mix it all together quickly and thoroughly.  Afterwards we’d put the mixture into giant bowls, clean the tablecloth again and start rolling out the crusts.

This is a big job, not for the wimpy let me tell you!  We’d have at least one person rolling out dough, one person filling the pies and wetting the edges, and another person putting the top crust on, venting and crimping it.  This year my aunt Annette was teaching my son Mason how to crimp the dough (which he calls plooping–too cute). Oh and then somebody would have to cover them first with plastic wrap, then with foil, and then apply a label and hoof them downstairs to the big freezer. 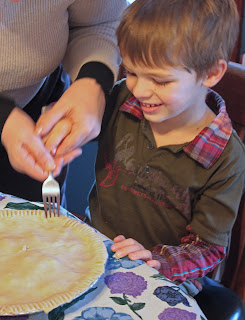 I’m dividing her recipe so that it will make four pies which is a lot less work and definitely worth the time spent!  Who knows, maybe you’ll love them so much it will become a new tradition in your family!  If you make them, please do comment and let me know what you think!

Unfortunately, I never wrote down my grandmother’s ratios for the pie crust dough and she is vacationing in Florida right now (jealous!) So I’m linking you to a pie crust recipe I found on Yummly that looks very similar to hers and is highly rated.  You probably have your favorite anyway and can use any recipe that doesn’t use sugar in it (a sweet crust would be weird I think!). 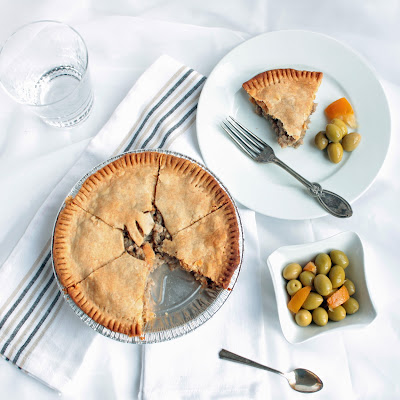 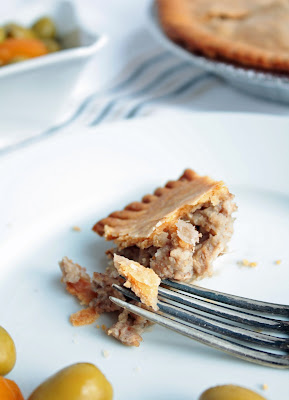 My grandmother always serves them with olives, the spanish manzilla with the pimento inside.  I’m not generally a fan of those so I used my own lemon olives, but there is something about the briny tanginess of any green olives that compliments the savory meat filling perfectly. 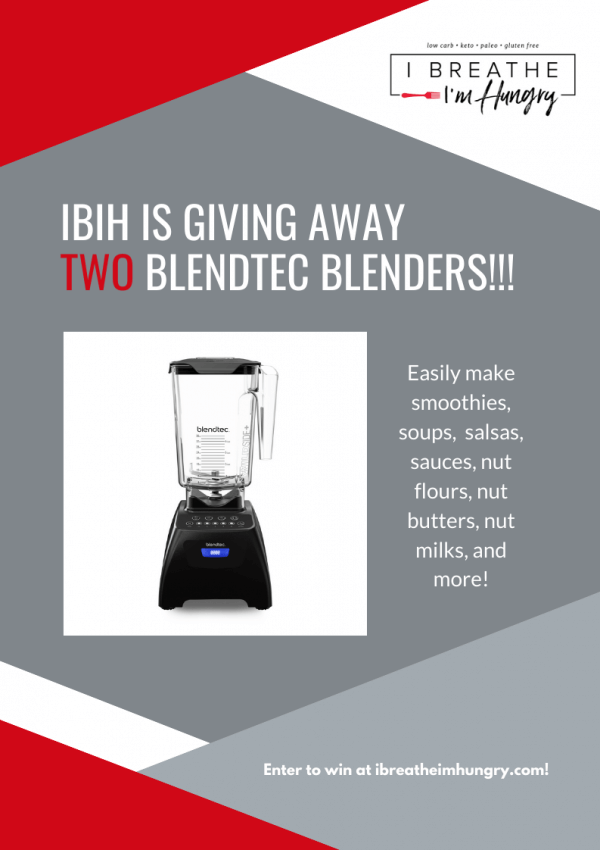