This Keto Jalapeño Popper Soup is easy to make and so very, very comforting and delicious! You’ll want to put this tasty keto soup in your regular weekly rotation for sure! 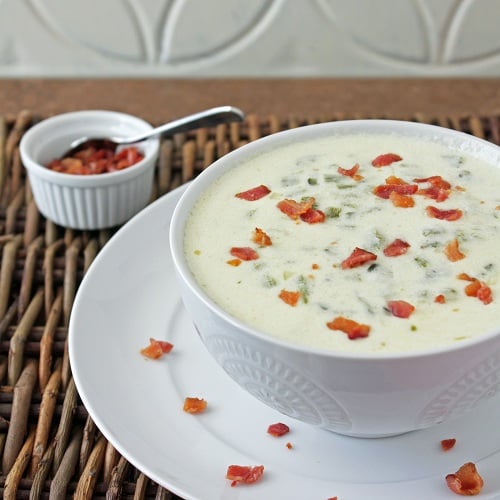 I’ve recently become a huge fan of the British TV phenomenon that is Downton Abbey! I had been hearing about it for months but never got around to checking it out.

Then all of my favorite shows were on hiatus over the holidays and I was cruising Netflix for something new to watch, and there it was. I was completely hooked by the end of the first episode!

I watched the entire first season in a week, being glued to the television every night after my son went to bed.

Then I watched season two at a more leisurely rate, but was thoroughly enjoying it – I may have even shed a tear or two of joy at the end of the Season 2 finale (I won’t ruin it for those of your who are still catching up, but for those of you who have seen it you know what I’m talking about).

A few weeks ago, having a lot of time on my hands due to being sick, I ended up watching Season 3 over a single weekend on Amazon.com. So I actually saw the Season 3 finale that aired last night a couple of weeks ago. Again, I won’t ruin it for those of you who haven’t seen it, but for those of you who watched last night (or cheated like me and saw it weeks ago), you know how devastating the finale was.

After I saw it, I couldn’t stop thinking about it for days – I told Mr. Hungry (who doesn’t watch the show) that it was one of the most shocking twists I’d seen in any show in a long time. He was no help at all and basically implied that I needed to move on and get a life – probably true!

But if you, like me, are still sad and inconsolable after the emotional roller coaster that was the DA finale last night (and your significant other is being totally unsympathetic about it), then you need some comfort food to get you through.

I’m here for you – and so is this amazingly comforting, keto jalapeno popper soup. It’s creamy and cheesy and has just the right amount of heat to it from the peppers. I bet even Mrs. Patmore would approve! Serve with low carb Jalapeno & Cheddar Cauliflower Muffins or low carb Green Onion Cornbread. 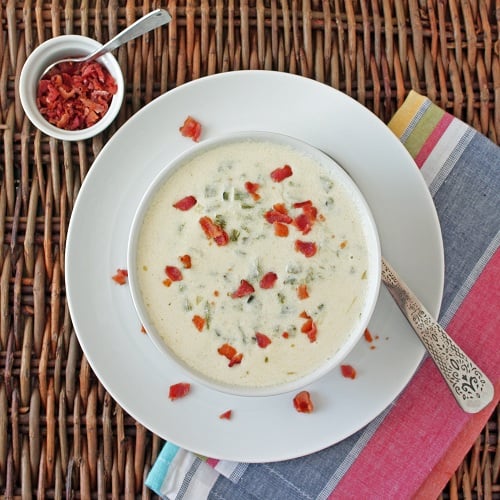 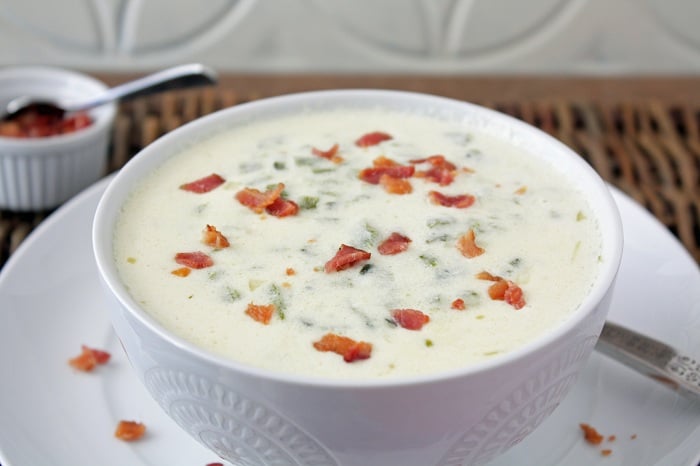