These Keto Pumpkin Spice Monkey Bread Muffins are truly the low carb breakfast of champions! Easy and fun to make, these keto monkey bread muffins have built in portion control and reheat perfectly straight from the freezer – so they can be made weeks or even months ahead! 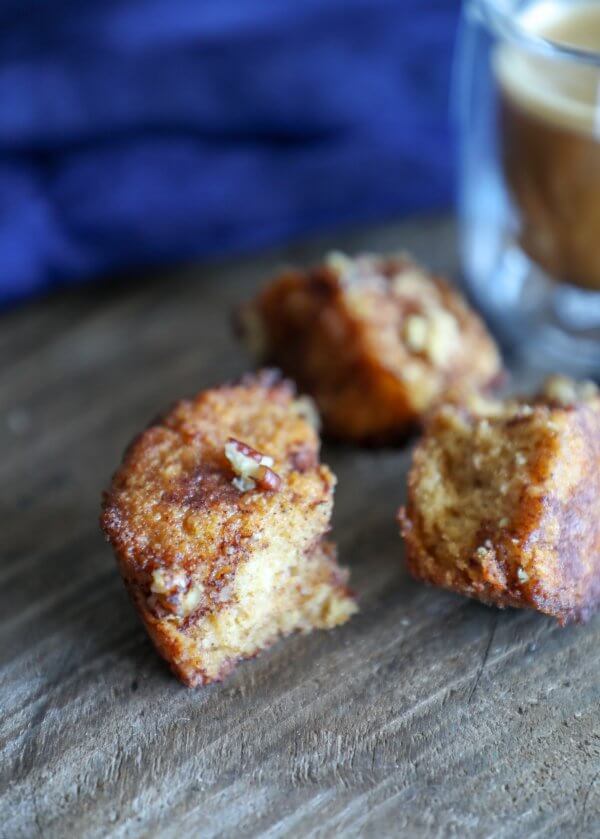 I’ve had this concept in my “recipe ideas” list for over a year, but never got around to making them until now. After trying them, man am I sorry that I didn’t make these delicious keto monkey bread muffins sooner! So much time wasted when we all could have been eating these!!!! ?

I’VE FAILED YOU AND I APOLOGIZE. Let’s try not to dwell on past mistakes though, and just be glad that this keto monkey bread muffin recipe is here now and ready to make all of your keto breakfast dreams come true. ? 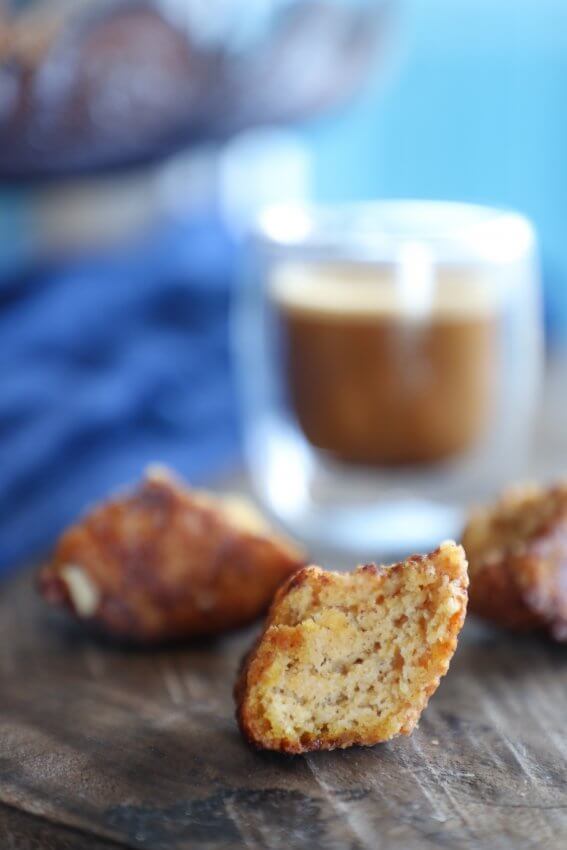 Ok so the base of these keto pumpkin spice monkey bread muffins is the mozzarella dough based on the popular “Fat Head” pizza dough. I made a few tweaks to it, and then added solid pack pumpkin puree and some typical pumpkin spices to dress it up a little.

It’s super easy to work with so don’t be intimidated! 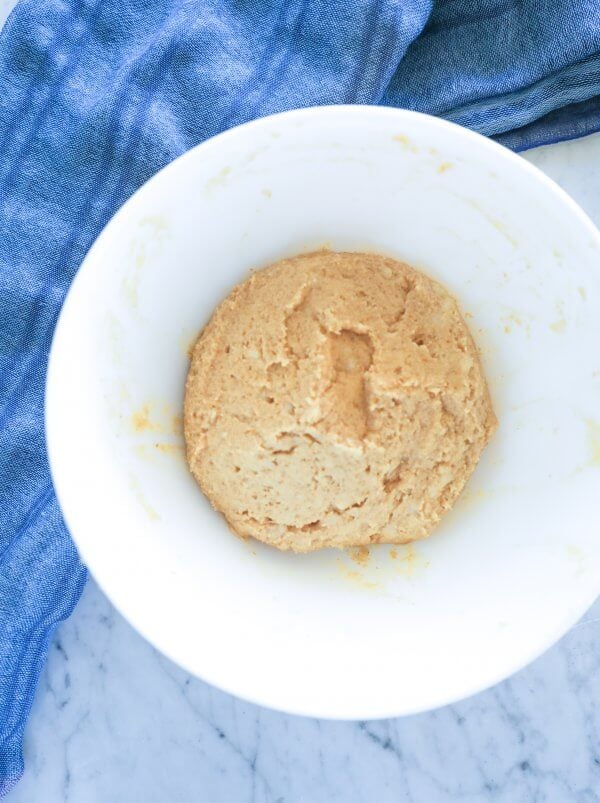 To assemble, I formed the dough into balls and rolled them in a cinnamon and sweetener mixture, then placed them in a muffin tin, three at a time. Then melted some butter into the extra sweetener mix and spooned that over the top of each one.

Finally, I threw some chopped pecans on there because I love the texture that it adds – but you can omit them if you choose. Then bake them and try not to eat them all in one sitting (this is where the freezing comes in – it’s for self preservation purposes, trust me on this one.) 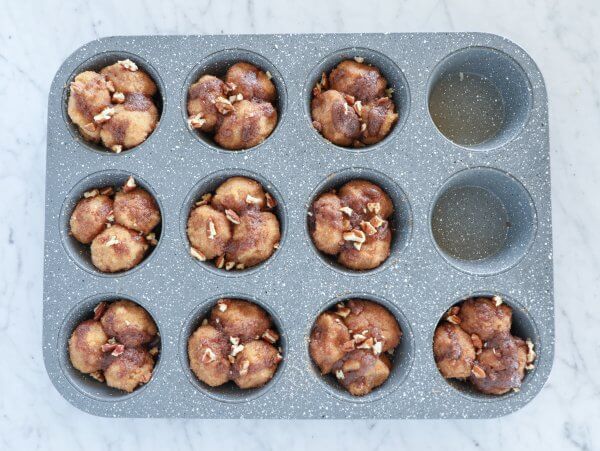 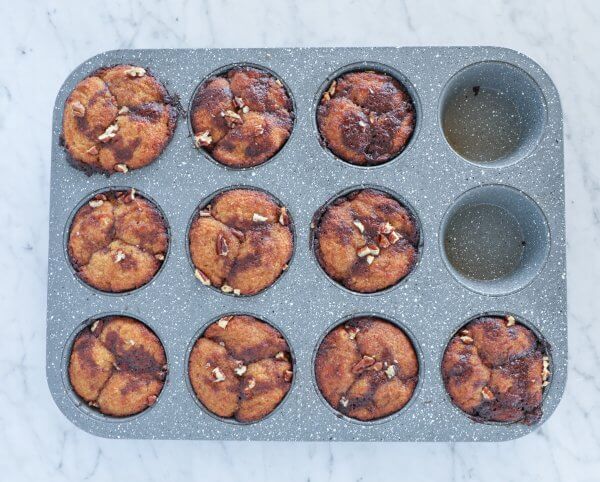 Not overly sweet, these keto pumpkin spice monkey bread muffins go perfectly with a cup of coffee for breakfast or a snack. My favorite thing about them is that like “real” monkey bread, they are best eaten warm so they are pillowy and soft. You can bake these and freeze them, then pop them in the microwave for 30-40 seconds and they will be springy and fragrant –  exactly like they came out of the oven!

Just to be sure, I tested it multiple times. You know, for science. 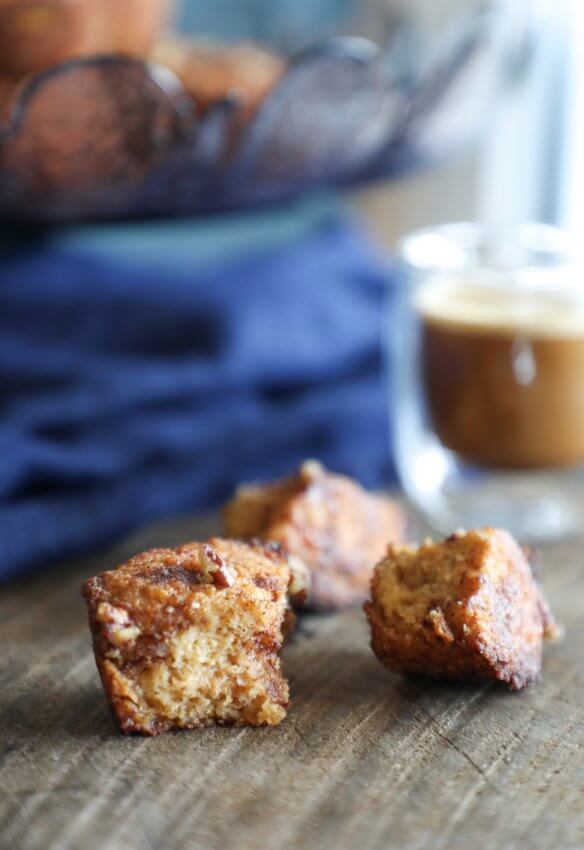 I like the portability of these keto monkey bread muffins as opposed to making it in one large bundt or cake pan because of the built in portion control and ease of reheating. That being said you could likely make these in the traditional way as one big monkey bread – but I wonder if the center will bake properly before the outsides get too hard – another argument for making them in muffin form.

If you do try it as a large keto monkey bread please let us know in the comments how it goes, and how long you baked it to cook through in case others want to try it.

These Keto Pumpkin Spice Monkey Bread Muffins  have built in portion control and reheat perfectly straight from the freezer – so they can be made weeks or even months ahead! Low carb, gluten free, atkins friendly.

Best served warm, these can be frozen and microwaved for 30 seconds when ready to eat!