This keto pepperoni pizza cauliflower casserole is so delicious that it has won over even sworn cauliflower haters! It’s also easy and economical, making it the perfect weeknight meal or keto side dish! Low carb and gluten free too! 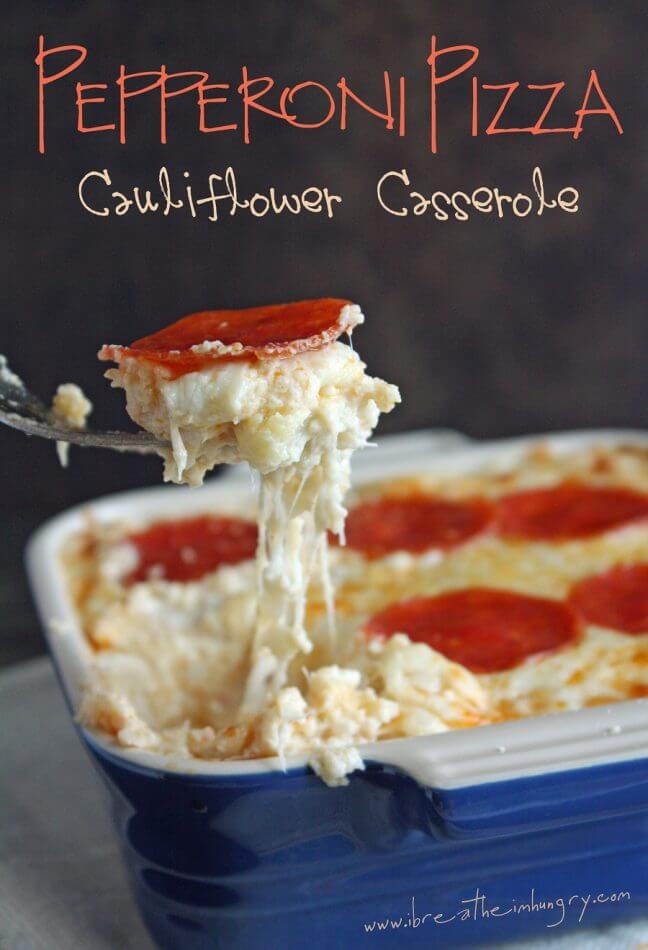 One of my absolute favorite foods since I went low carb and gluten free is the “Better than Potatoes” Cheesy Cauliflower Puree – I eat it all the time!

In fact, it’s so satisfying and filling, that I can make a keto meal out of just a bowl of the low carb cauliflower puree, and nothing else.

The other day I was starving, but also craving some protein, and all I had besides cauliflower and cheese was some pepperoni.

Now I don’t even LIKE pepperoni, and I don’t know what possessed me to think that this would be a good idea, but I threw some pepperoni and shredded mozzarella into my magic bullet with the cauliflower, and blended it into a puree (along with the usual cream, butter, salt and pepper.)

It was SO GOOD!

The pepperoni added a complexity to it that is hard to describe – the slight sourness that pepperoni has just worked so well with the cauliflower – it was like culinary magic!

In thinking that I wanted to share this keto pepperoni cauliflower casserole recipe with you, I wondered how I could make it even better. So I spread it into a casserole dish and covered it generously with more mozzarella and pepperoni, and tossed in the oven to bake.

HOLY MOLY THAT WAS AMAZEBALLS!!!!!

My 5 year old who can’t even stand the smell of cauliflower when I’m cooking it, ate some and pronounced it “delicious!” It’s cheesy, creamy, and just plain awesome. You could even spread a little pizza sauce under the layer of mozzarella if you want a more authentic “pizza” flavor, but it really doesn’t need it. 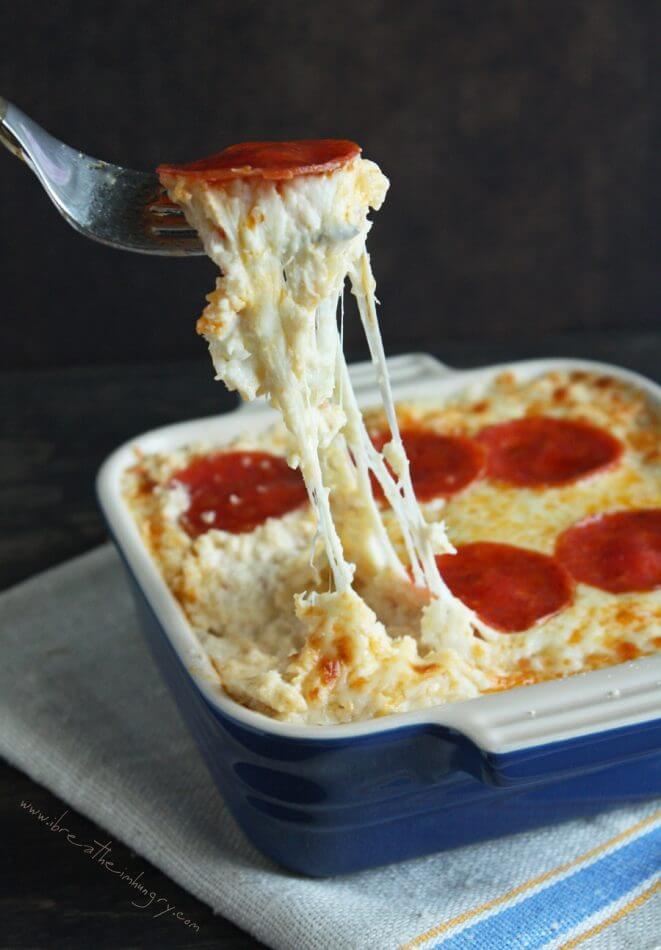 I cannot wait for you guys to try this keto pepperoni pizza cauliflower casserole and report back! It shouldn’t work, in fact it sounds crazy, but it’s so good that you’ll just have to trust me on this one and try it out! I know you guys are going to love it too!

As a bonus, it’s incredibly easy to make and tastes just as good leftover the next day!

Note:  I hired a company to create a video for this keto pepperoni pizza cauliflower casserole and I’m pasting it below. Be aware that they appeared to have interpreted this as a pizza and put it in a larger pan than called for and serve it as a “slice.” It’s really meant to be thicker and scooped out like a casserole as shown in the photos – but at least you can see the steps, so I’m posting it anyway!

This keto pepperoni pizza cauliflower casserole is easy and economical to make, and it tastes so good that even picky kids and husbands will be won over!  Low carb, gluten free, nut free, egg free. 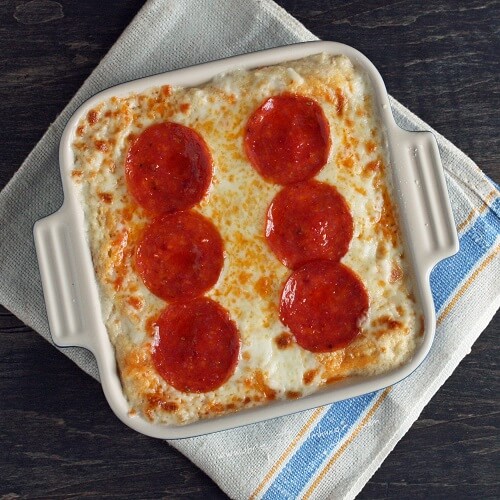