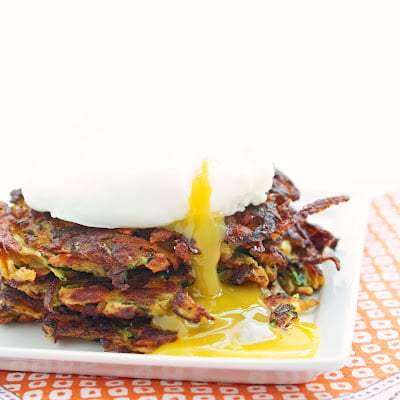 Before I get to the yummy latkes recipe, I just have a few updates for you…

First, my microwave crisis is over thanks to my generous in-laws who surprised me with a new one this week. They were already the best in-laws ever, but this definitely edges them into in-law super star status! Thanks so much guys, love you bunches! But no, I won’t be popping out another grandchild for you anytime soon – there is a limit to what I’m willing to do to show my gratitude! ;)  XO 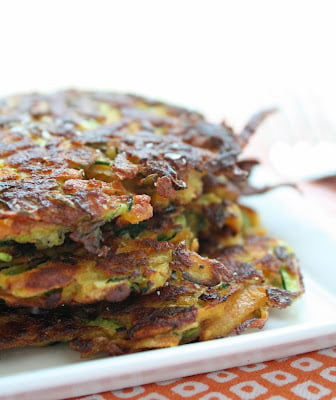 Second, a quick update on my Whole 30 experience as we near the halfway point. I feel like I’m finally over the detox symptoms, which were not fun but also not horrible. I noticed this morning that the whites of my eyes are super clear and bright which is cool. My skin looks great, and with a few exceptions I generally have plenty of energy. The stiffness in my hands is still there but is much less noticeable and I hope that over time it will continue to dissipate. Also, I dropped 5 pounds in the first week – I know you aren’t supposed to weigh yourself but what can I say, I’m a rebel like that! 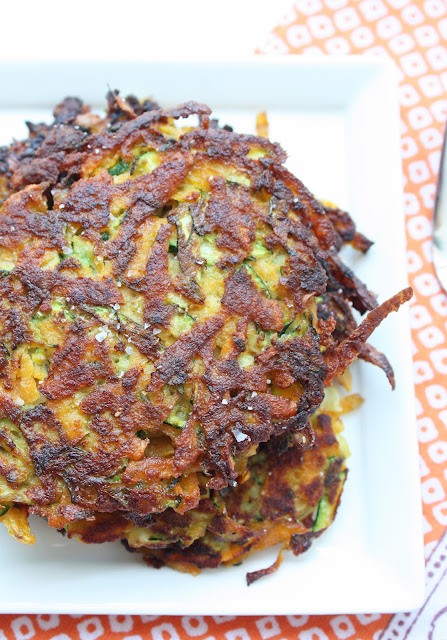 Honestly, I thought I would have lots more to talk about regarding the Whole 30 this month – detox symptoms, cheese withdrawals, chocolate withdrawals, bourbon withdrawals, cheese withdrawals (oh did I mention that one already!?), but I really haven’t missed anything as much as I thought. The Whole 30 has been kind of a non-issue for me actually. I’m feeling the benefits, but it hasn’t affected my eating patterns that much. I’m definitely enjoying eating a little more carbs in the form of fruit and sweet potatoes, and maybe that’s why I’m not really missing the other stuff! I hope you guys are also having a relatively easy time of it. I would love to hear about your experiences so far this month! What was hard, what unexpected benefits are you experiencing, would you do it again, etc.

And now finally, we get to this delicious latke recipe that is totally Whole 30 compliant! These were easy to make and SO tasty! Crispy on the outside and sweet and slightly starchy on the inside, they went great with a poached egg for my breakfast. These latkes would also go great as a dinner side dish to pretty much any meat or poultry. It’s a great way to sneak some extra veggies into your kids menu – my five year old even liked them!