Let’s talk about baked ham. It ends in Mmmmmm for a reason!

I wasn’t always such a huge fan of a baked ham. In the past I’ve tended more towards a turkey or beef roast when it comes to feeding a crowd. There are some compelling reasons why ham has recently won me over though. 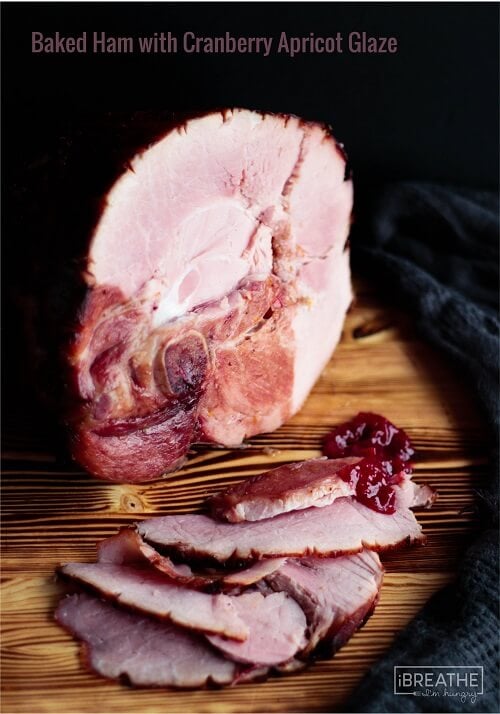 Secondly, baking a ham is really easy and forgiving, so even the most inexperienced of cooks can usually pull it off – whereas a turkey or roast beef can be intimidating because it can make you sick if undercooked, or be rendered almost inedible with too long in the oven. Yikes!

Not so with a low carb baked ham – it’s already fully cooked so you’re really just warming it up, and even if it goes a little long it won’t be the end of the world. 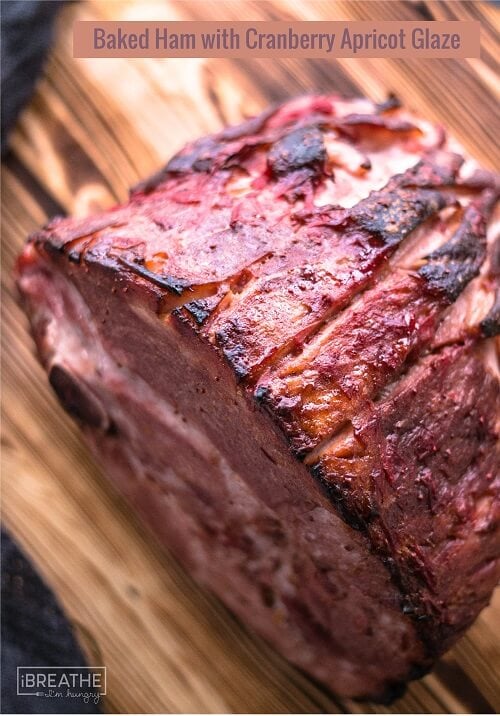 Third, a baked ham lends itself to all kinds of delicious flavor combinations that you’d be unlikely to try with beef or turkey. I’ve got two other low carb baked ham recipes here on IBIH – the Rosemary & Mustard Crusted Baked Ham and the Cherry Chipotle Baked Ham. Both are delicious but the flavor profiles couldn’t be more different from each other!

That being said, this low carb baked ham with apricot cranberry glaze is the best of the three in my opinion! I snuck some cardamom in there since I’m pretty obsessed with it lately, and the flavor was incredible. 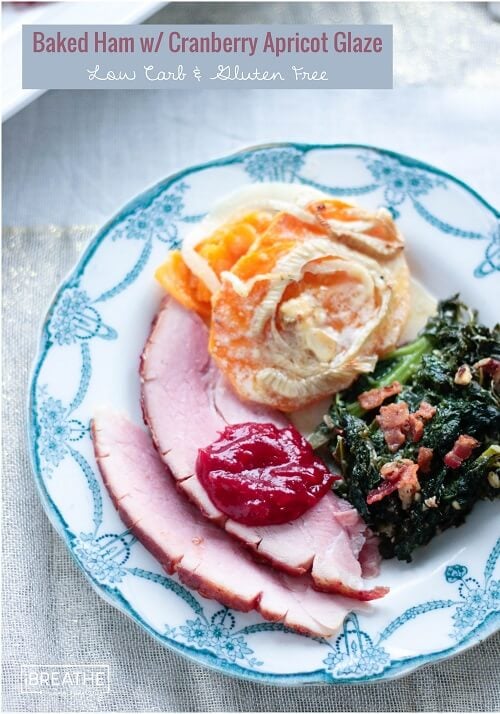 You simmer it for about 5 minutes and then blend it all together. (An immersion blender comes really in handy for that step, but it’s not strictly necessary.)

This glaze was so good that I divided it and only used half on the ham before baking and then saved the rest to serve with it like cranberry sauce. It was AMAZING. 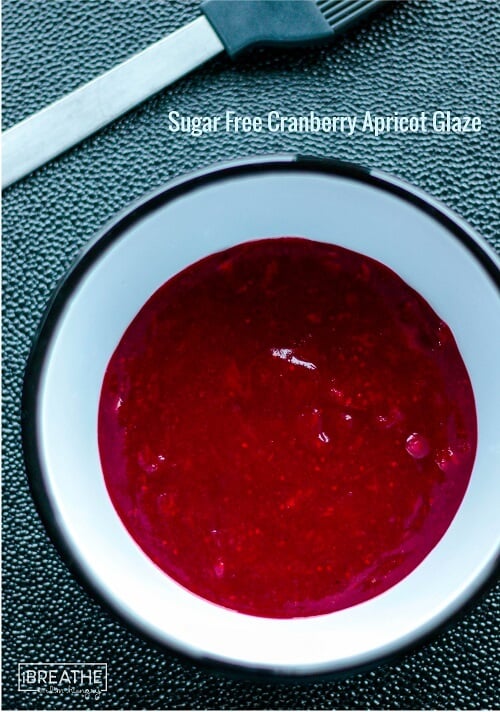 For this low carb baked ham recipe I chose a bone-in shank half ham. It’s got tons of great meat on it and isn’t super pricey.

Sometimes I go with a boneless ham because there is no waste and it slices and serves more easily, but I really wanted that ham bone to make some soup with – I’ll post that recipe next week along with some other great low carb recipes for leftover ham! 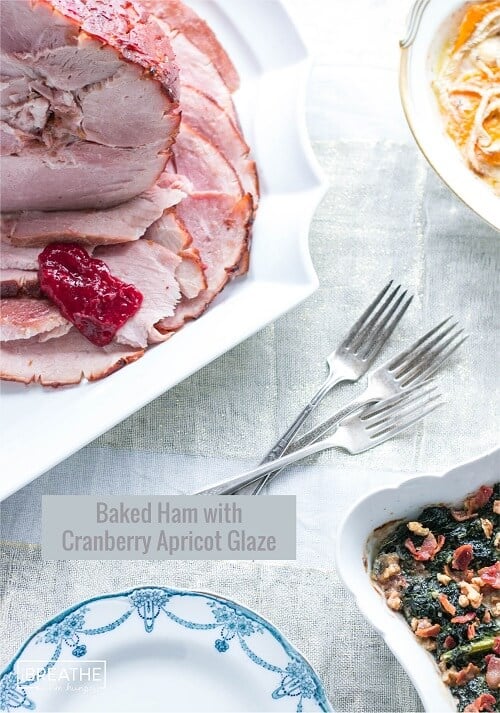 This low carb baked ham is shown above served with my new Creamed Kale with Bacon & Walnuts and low carb Butternut & Fennel Gratin – those two recipes will go up later this week so stay tuned!

This delicious and easy low carb baked ham recipe has a fantastic cranberry apricot glaze with a hint of cardamom! This keto ham will be a huge hit with your family and friends!

New to low carb and need some help getting started? Try out any one of my free low carb and keto menu plans with recipes and shopping lists and start losing weight fast!