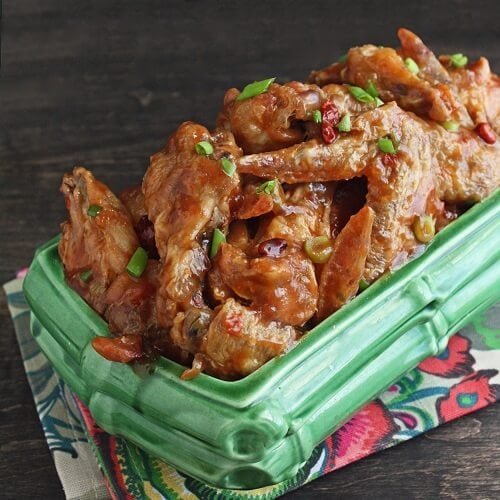 Because seriously, who doesn’t love chicken wings??? And though I’m a huge fan of classic buffalo wings, sometimes you want to change it up a bit with some other flavors.

In some ways, these are even easier than the General Tso’s Meatballs, because you just cook the wings and toss them in the sauce – no meatball mixing required.

But while this recipe is less hands on, it does take a little longer overall, since you have to cook the chicken wings for about 45 minutes before saucing.

I prefer to bake my wings before saucing, because it’s much less labor intensive than frying them. If you leave them in the oven “naked” long enough, they get a nice crunchy exterior. This also allows time for all of the internal fat to melt out, leaving behind tender, fall off the bone meat.

But if frying is your thang, by all means cook them any way you choose! 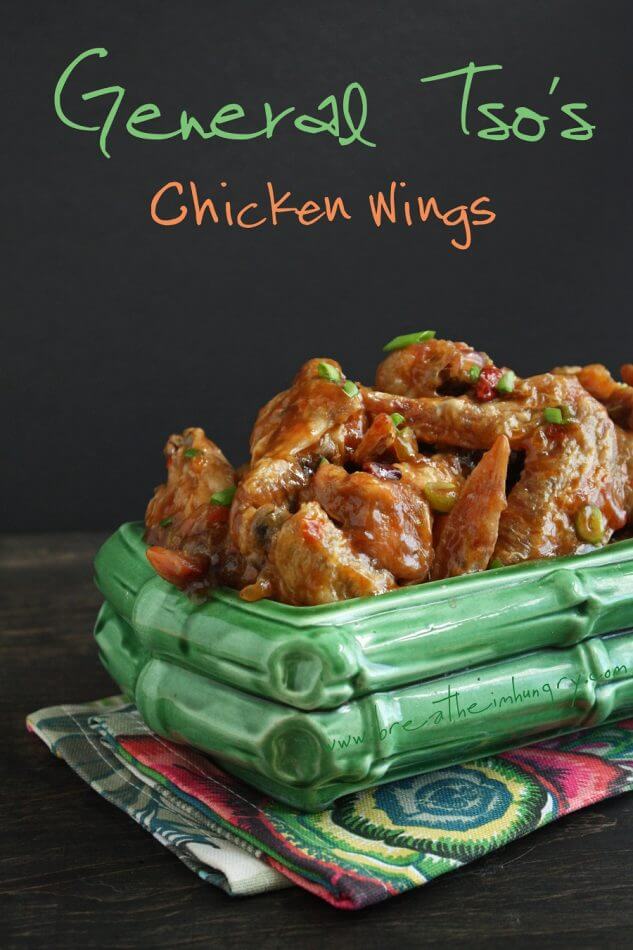 Then you just toss them in the sauce, hit them for a few minutes under the broiler, and you’re ready to nom! Just make sure to have plenty of napkins on hand!

Sweet, spicy and loaded with that General Tso’s flavor that you love, these will be a hit with the whole family! They also make the perfect low carb appetizer for your next party! 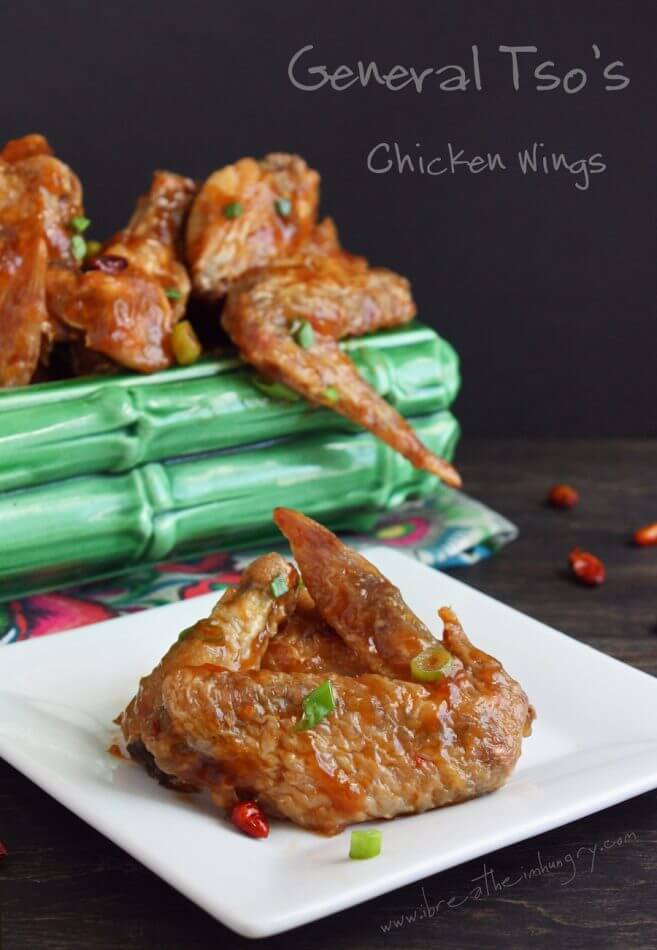 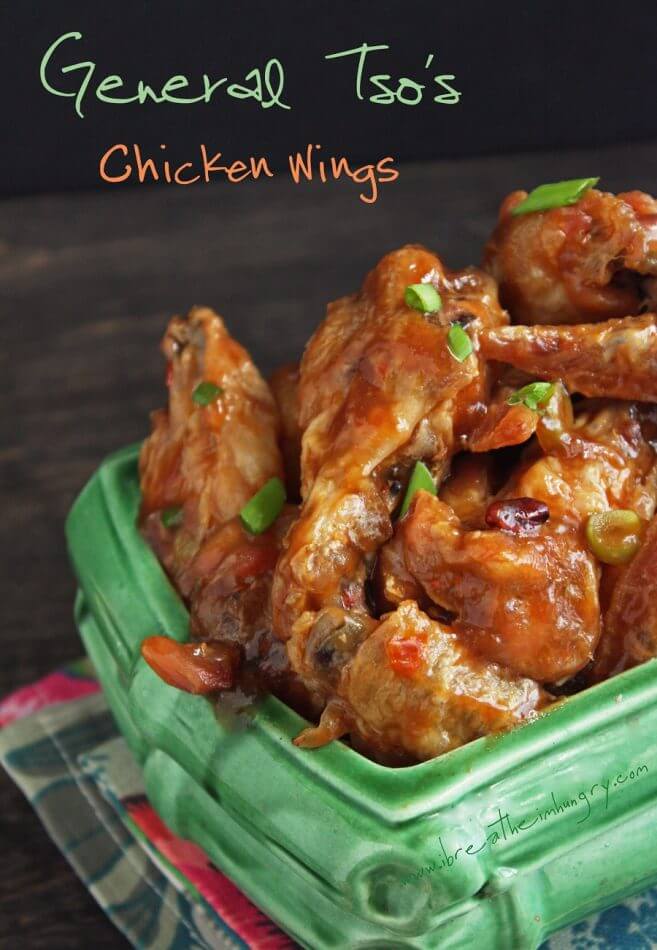 New to low carb and need some help getting started? Try out any one of my free low carb and keto menu plans with recipes and shopping lists and start losing weight fast!

IBIH is giving away a

No purchase necessary, must be 18 years or older and a resident of US or Canada.