A couple of weeks ago I posted a Low Carb Pumpkin Quick Bread recipe, and in the post I went on and on about how I thought it would make some seriously amazing french toast…

Well friends, I finally made it happen and it far surpassed even my expectations! ?

Because the original low carb pumpkin bread recipe was really tender and *cringes* moist, I made some tweaks to the bread recipe to make it sturdy enough to stand up to being dipped in the egg wash for french toast. 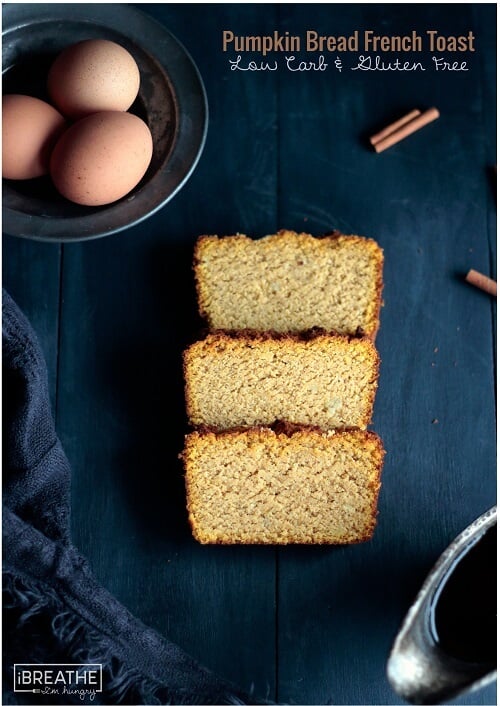 This modified low carb pumpkin bread recipe is also being used for a fantastic low carb Pumpkin Bread, Feta and Sausage Stuffing that I’ll be posting later this week. And yes, it IS as delicious as it sounds!

Meanwhile, let’s get back to this sooper dooper awesome french toast recipe!

Pumpkin-y and satisfying, this was the perfect weekend breakfast! 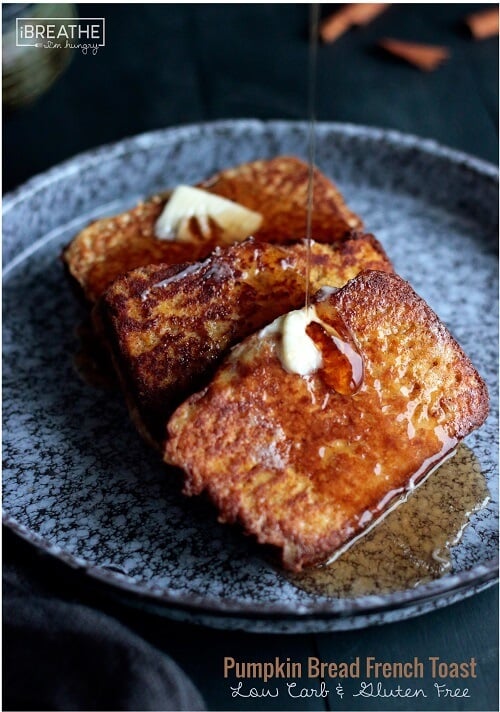 As a side point I made this french toast recipe on the same morning as I made the Low Carb Mexican Coffee from last week and they made a spectacularly delicious combo together. #somuchcinnamon

I used a sugar free pancake syrup on my french toast, but if you don’t have any or don’t like the consistency of it, you can serve this with a generous amount of butter and a sprinkle of sweetener and cinnamon like I use in my Snickerdoodle Crepes Recipe. 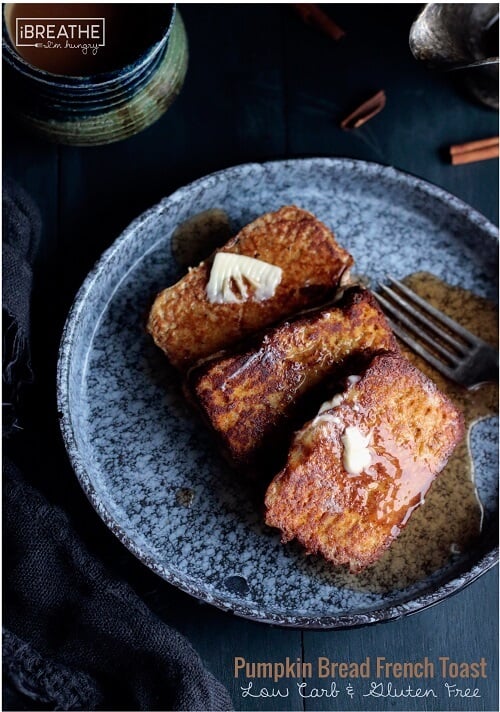 I know it takes a little forethought and planning to make this since the pumpkin quick bread needs to sit a day before slicing, but I promise you that it’s totally worth it!

My strategy is to make 2 loaves at a time and freeze them in half loaves – that way I can have it available for the french toast, or the stuffing, or just to have a slice or two with my coffee in the morning! #yummy

This low carb and gluten free pumpkin bread french toast is perfect for a leisurely weekend breakfast or brunch! Keto and Atkins friendly!

For the Pumpkin Bread:

For the french toast:

For the pumpkin bread:

For the french toast: